John the Baptist and Politicians

I came across these words in John the Loyal: Studies in the Ministry of John the Baptist by A. T. Robertson (Broadman Press: 1977), p.39:
"John was not the kind of preacher who made an absolute divorce between religion and politics. He tried to put religious principles into politicians."
Posted by Wally Morris at 4:10 PM

Is Religion "Fair Game" In Politics?

Since I have an undergraduate degree in political science and a graduate seminary degree, I find the current questions and interest about Mormonism very revealing. News programs regularly feature political commentators and representatives from religious groups waxing eloquent about the inappropriateness of asking too many questions about a candidate's religious beliefs. Anyone who dares ask questions or probes too deeply into a candidates religious beliefs is quickly considered out of touch with modern, pluralistic America and trying to be (horrors!) divisive and negative.

May I suggest that asking questions and probing into the religious beliefs of candidates for public office is entirely appropriate and not doing so is to neglect our civic responsibility to know and understand the candidates as much as possible. Questions about John F. Kennedy's religious beliefs were proper and forced him to say publicly what he believed. I don't see anything wrong with that.

I do not believe for a minute that animal rights groups and many others would let his religious beliefs go unchallenged. I can see the TV commercials now: Images of innocent, cute little animals being slaughtered while the candidate smiles approvingly in the background.

As Mitt Romney said in his speech at former President Bush's library, his religious beliefs are an integral part of his life and of course will affect some of his decisions in some way. And there's nothing wrong with that. We are not one dimensional people who make choices in a moral vacuum. Some kind of belief, whether religious or secular, always impacts our choices. Is it not prudent to accurately probe into the beliefs of the religious group which serious candidates for President of the United States belong to, especially if that candidate claims to be a devout follower of that religion? Is it not irresponsible to maintain that a person's religious beliefs are “off the table” and of no consequence to us or the country?

If elected, Mitt Romney may become a fine President. Historically, however, evangelicals have considered Mormonism a cult, a deviation from orthodox Christian belief. Many misunderstand the word “cult” and associate the word with fringe groups who have odd, even dangerous, beliefs. In Christianity, a “cult” is a group which takes some Christian doctrines, changes and twists them into something unorthodox, yet still uses Christian terminology in order to appear “Christian”. The Mormon Church has done an excellent job in the last few years of retooling its image in order to present itself as part of acceptable Christianity. However, its views on Jesus Christ (a created being and spirit child of God the Father, Doctrine and Covenants, 93:21-23) show that Mormonism is not part of orthodox Christianity and is indeed heretical.

Unlike many, I believe it is entirely appropriate, even necessary, to inquire how a candidate's religious beliefs will affect his decisions and judgment regarding the issues he will encounter. Belief always affects behavior. Not to recognize that is naïve. I suspect that most people really have no clear idea what Mormonism teaches and probably do not care to know. After all, aren't all religions basically the same anyway? (Or so we are told.)

The Constitution prohibits any “religious test” as qualification for public office (Article VI). For example, political office cannot be limited only to members of a particular church or denomination, and people who choose not to attend church cannot be prohibited from seeking political office. But that is not the same as inquiring how a person's religious beliefs will affect how he makes decisions. Many moral issues that have been promoted in recent decades have a religious philosophy behind them, such as racial integration, opinions on the death penalty, and even abolition of slavery in the 1800s (remember William Wilberforce in England?). The promotion of these issues have significantly changed our country, and many who worked for these changes had some type of religious belief motivating them.

Citizens have a right to know if any of the unusual teachings of Mormonism (or anyone else's religion) will affect certain aspects of his decisions. Such inquiry is not bigoted, biased, or backward. It's common sense. Although our Constitution prohibits a religious test for public office, that does not mean that I can't use a person's religious beliefs as one of several factors in my decision to vote for him. If I think a person's beliefs, whether religious, political, or otherwise, are so odd that it raises questions about aspects of his qualifications or questions about policies he may pursue, then I will not vote for him. That is not a religious test. That is responsible citizenship. 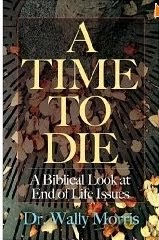 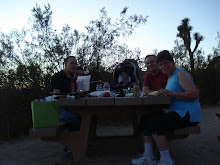 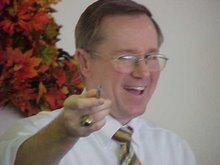